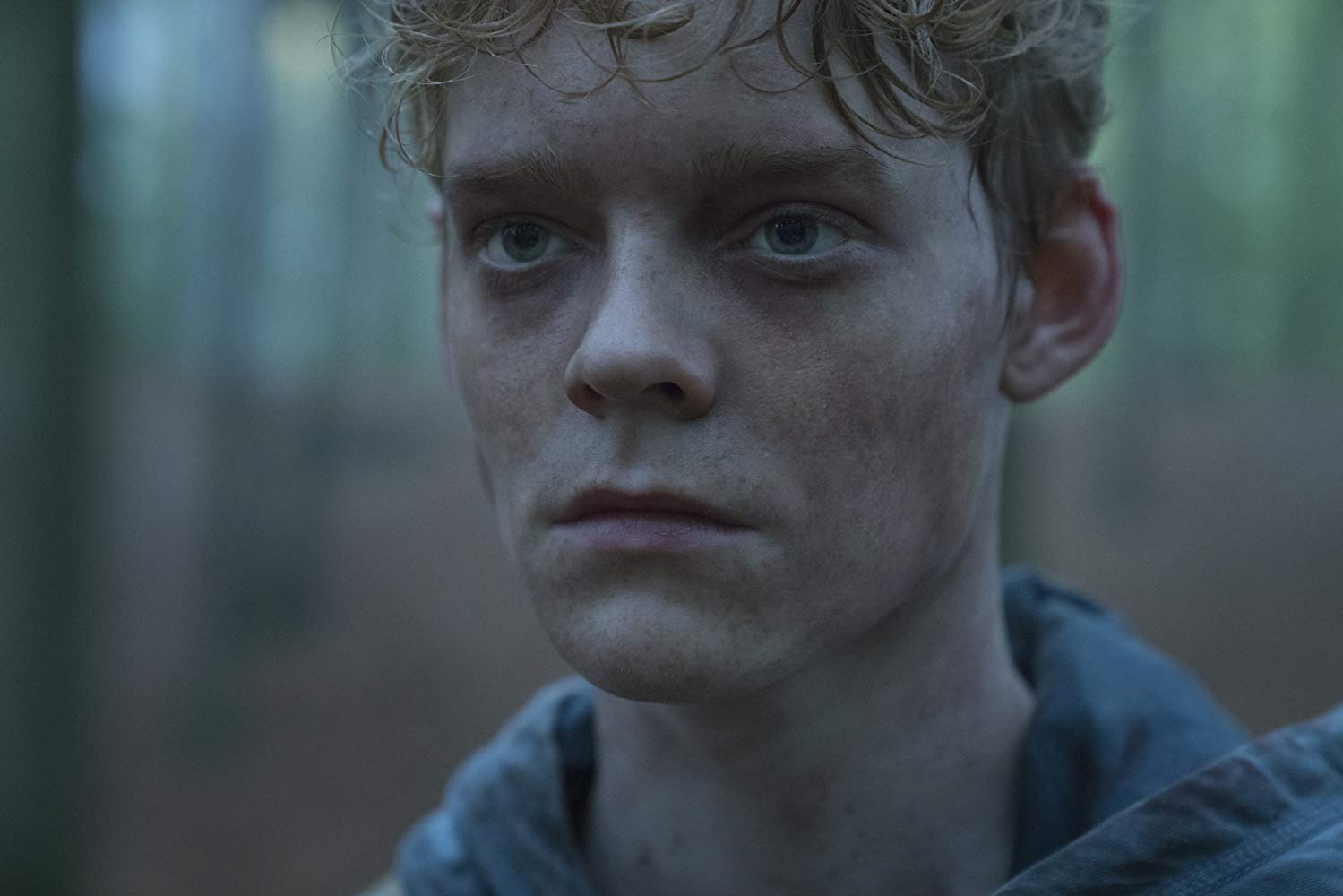 Lucas Lynggaard Tønnesen was only 16 years old when he was casted as Rasmus in the Danish Netflix-series “The Rain”. He took the chance and dropped out of high school. Today he has more than 50 thousand followers on Instagram and there is no doubt that he has a bright future in store for him as an actor. He has always been interested in acting and has starred in Danish movies such as “Circus Summarum” and “Department Q: The Keeper of Lost Causes”. How does it feel to become popular all of sudden and how did he experience the atmosphere on set? Get the answers to these questions and many more in our interview with the amazing Lucas.

1. How did it feel to get such an important part in a Netlix-series?

I don’t think I was quiet aware of how big of a project it is while I was in the middle of it all. When we were shooting it almost just felt like we were shooting a regular Danish TV-series. Of course it is amazing to get the opportunity to experience a character and built a relationship with the character. For that I am grateful – and to show it to such a huge audience is amazing.

2.How did you get the part?

I just started in High School six months before I started this project. I got an email saying that there was a casting for the first ever Danish Netflix-series. I had to go to castings seven or eight times over a time span of three to four months. My manager told me that I would get an answer regarding the role by the upcoming week. I was sitting in school and my classmates and I knew that I was about to receive news regarding the part. My phone rang in the middle of a Communication and Design class and I looked down at the phone. My heart stopped and the first thing I thought was “fuck!”. It was my manager Tanja who was calling me. Without a word I ran out of the classroom with my classmates right behind me… I got the part! It was surreal and I though I was dreaming. Sometimes I still believe that I am dreaming.

3.How was it to run around in a wrecked Copenhagen?

It was hilarious to film in places where I spend most of my time and film in the streets that I have walked on my whole life. There were no people at the town hall square and it was completely trashed. The production closed down a Burger King for two days where we played around, threw garbage around and ate bunkerfood. I was pushed around in a shopping cart while people around us took pictures of us and probably wondered what the fuck was going on. It was fantastic.

4. People around the world has the opportunity to watch ‘The Rain’ because it is an Netflix original. How does it feel to know that?

It is a little strange thinking about the fact that people from around the world are sitting in their living rooms watching our TV-series from little Denmark. It is definitely exciting that they can see how we tell stories in Denmark, and that we also can produce post-apocalyptic tv-shows in our own way. It is amazing to get lovenotes from people who live in Brazil and Japan and know that they love the show and the Danish language.

5.  The cast of ‘The Rain’ is mostly young actors and actresses. How was your relationship with the other actors?

I was the youngest of seven, but I didn’t feel like age mattered. We were all like a little family despite the age difference. We all laughed, sang and danced around. We learned a lot about each other while filming. As the youngest it was great to get the chance to reflect my acting in the others. I saw how they handled a scene, how they delivered their lines and could learn from their experiences. Kinda like my character Rasmus in ‘The Rain’. He is also trying to figure out who he wants to be.

6.  How long did it take to film the tv-series?

We filmed from june to the end of november – but it didn’t really matter that it took so long because I was always looking forward to filming.

7. You choose to film ‘The Rain’ instead of continuing High Scool. Do you regret your decision?

I have wanted to become an actor since I was twelve years old. It is my way to express myself – if not to act a little silly once in a while. So no, I have definitely not regretted my decision. I went to High School for six months in Svendborg and when the casting started I could not focus on school at all. I wanted the part so badly so I could not focus on homework and attending classes. After I got the part I talked with my family about how I wanted my future to be and we decided that acting is the right choice for me. It is what I want.

8. How did you prepare yourself for the role as Rasmus, a guy who has not been outside a door for six years?

I can recall watching the movie ‘Captain Fantastic’ which is about a family who lives in their own society out in the middle of the woods. They return to civilization after their mother pass away. I used the boy in the family as an inspiration for my acting as Rasmus, because he is very similar to him. None of them know how to behave in a a real society. The feeling of being isolated came naturally when I was in the bunker. After filming a couple of days down there it really felt like I was trapped and couldn’t get out. It was very realistic. Alba and I agreed that we would lock ourselves in the bunker for a few days before shooting, but after seeing the bunker we decided that it would be better if we didn’t. I’m glad that we didn’t do it.

9. Which Netflix originals are your favorites?

I love the German Netflix original ‘Dark’ and the Sci-fi ‘Black Mirror’.

10. What is your next project?

Only time will tell. We cross our fingers and hope for a second season of ‘The Rain’, that’s for sure

11.”The Rain” is about survival. What are your best tips for surviving acid rain?

a Hazmatsuit and an Ipod with the song “Can’t help falling in love” by Elvis Presley on it  then everything is going to be alright.

Filmanmeldelse: ‘Sorry to Bother You’